One of the early architectural films by Jef Cornelis on Westerloo castle, dating from the 14th century, property of the princely family of de Mérode. In his typical way he explores, in sound and image, all facets of the building: the surrounding walls, the ponds around it and the parks. The camera circulates around the gigantic halls and hallways; it focuses on the countless art treasures and artefacts the interior accommodates. Underneath the static chillness and sacred sobriety echoes resound from the past, and the shadows of former inhabitants reverberate.

Content:
00’00" Westerlo Castle. The camera passes under the porch at the entrance. Picture of the castle reflected in the water in the moat. 02’30" Circular view round the castle. Facade of the castle tower. 04’45" A clock face. 0520" The castle seen from the grounds. Travelling along the galleries. 06’42" Circular views of the chandelier and the table in the living-room. 07’40" Details of the wash-basin, the cross above the altar. Travelling along the tapestry and windows. 10’15" The castle seen from the grounds. 11’00" Funerary statues on tombs. 12’05" Stone eagle in front of the entrance. 12’15" Circular view of a tea-set. View of a table with places set in the dining-room. 14’20" Details of leaves on trees. Views of the tops of trees. 15’45" The wooden timber-work in the attic. 17’00" Moving through the castle’s reception rooms, bedrooms and corridors. 18’23" Aerial views of the castle and grounds. 19’55" The castle seen from the grounds. 20’10" Moving through the reception rooms and the chapel. 20’50" Details of paintings and sculptures. 21’45" Montage of photographs of the Prince of Merode and his wife in their castle. 22’40" Circular views of the chandelier and the table. 24’00"
(Source: Jef Cornelis 1964 - 1990, Espace Art Contemporain : Maison de la culture et de la Communication de Saint-Etienne, 1991) 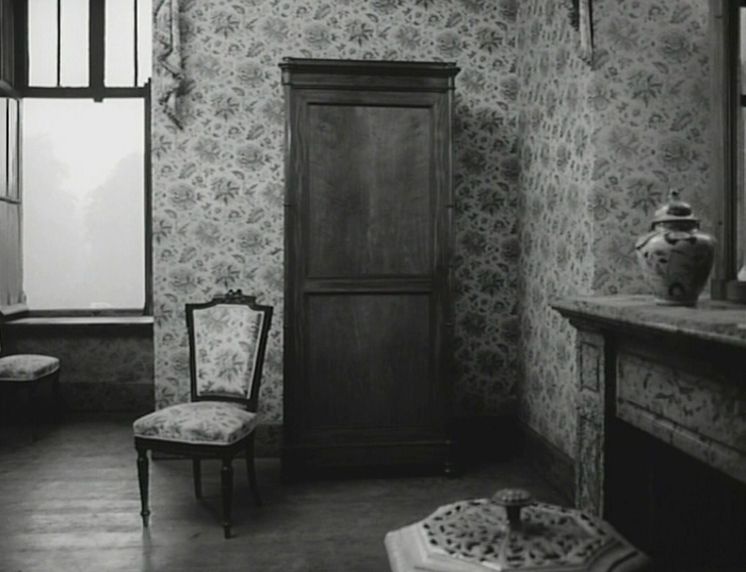 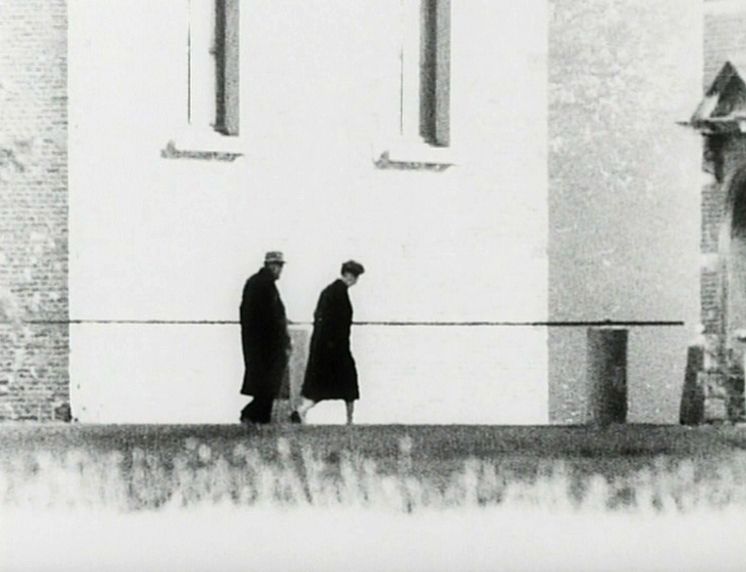