An episode of ’Ijsbreker’ on the work of artists who involve electronic machines in their graphic or musical work. In the first location, the Groningen museum, the artist Struycken talks about his work. In Ghent Peter Beyls and Rudi Blondia do the exact same thing. Dick Raaijmakers, professor at the Royal Music College at the Hague, and Professor Luc Steels, at the time already a key figure in the world of Artificial Intelligence, express their views from the television studio in Brussels. What is the artistic potential of new information technologies, which might well be the pen and paper of the 21st century. What is the relationship between art, technology and information technology? Might the computer be considered as an image machine or rather an ’imagination’-machine, as a mechanical extension of a drawing hand or a mental extension of creative thinking? Where is the distinction between scientific and artistic work? Part of the BRT (Belgian radio and television broadcast network) television series ’Ijsbreker’ (’Icebreaker’).

Content:
00’00" Television studio, three screens. Live discussion on computer-art with Rudi Blondia (composer of electro-acoustic music) and Peter Beyls (author of visual and musical computer programmes) in Gent ; Peter Struycken (artist) at Groningue museum which is presenting a retrospective of his work ; and in Brussels, Luc Steels (professor of computer sciences at the Royal University, Brussels) and Dick Raaijmakers (professor at the Royal Music College at the Hague). 02’10" Steels showing a portable computer and discussing the artistic function of computers with Raaijmakers. Demonstration of a program­me for playing chess. 14’40" Peter Struycken explaining how he works and how his work has evolved, with the use of slides. 26’15" Beyls and Blondia explaining their research and discussing it with Struycken and Raaijmakers. Blondia showing a musical programme. 43’30" Struycken commenting on his projects for a stamp of the Queen, in the second room at Groningue museum. 52’00" Raaijmakers showing a book on colour by a French scientist. 54’00" Discussion between Beyls, Steels and Struycken. 61’30" Credits. 63’30"
(Source: Jef Cornelis 1964 - 1990, Espace Art Contemporain : Maison de la culture et de la Communication de Saint-Etienne, 1991) 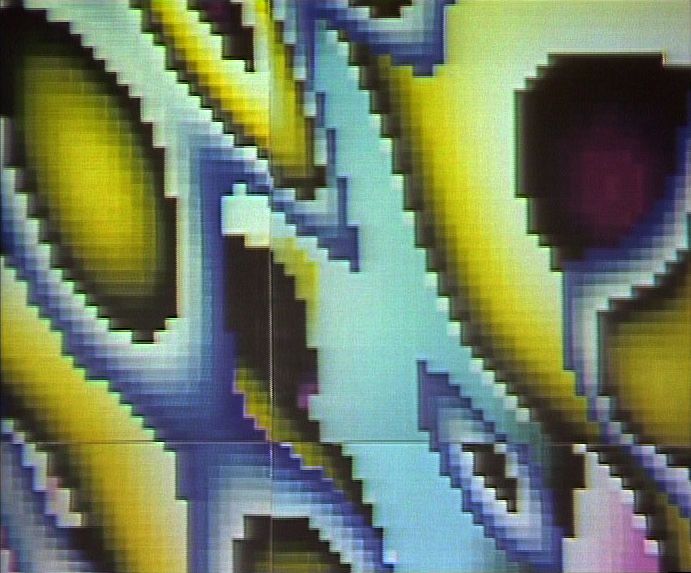 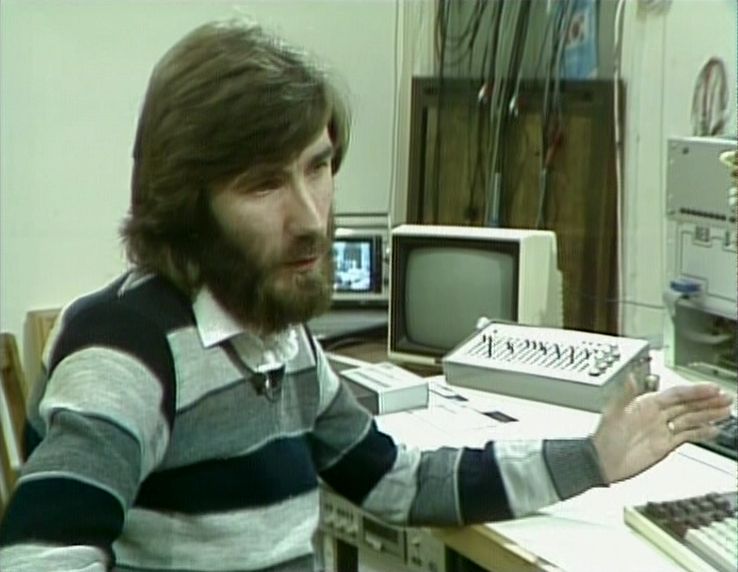