Max Bill, an artist who worked with plastics and member of the Swiss ’Zurich Concrete’ group, spent many years investigating mathematical abstractions – and sculpting, in his way, another life. "Is it necessary to say that a mathematical approach to art has nothing to do with any ingenious system of calculation based on ready-made formulas?" he wrote in 1949. "As regards composition, however, we can affirm that all schools of art have had, more or less, mathematical foundations." Starting in the 1930s, he created a variety of "endless ribbons", in the form of Moebius strips. Bill believed that he had discovered a completely new form. Still more intriguing is that he discovered it while playing with a strip of paper, in the same way that Moebius had discovered it many years before. These forms that had interested Bill in the 1940s could not help but raise the same interest in architects, even if somewhat later; it was necessary to arrive to the wide-spread application of computer graphics that permitted the visualization of mathematical objects and consequently sustain intuition which is otherwise difficult to manipulate for the non-mathematician. In this film two blind men (Jan Cnops and Roger Beemaerts) are touching Max Bill’s Moebius strip at the Openluchtmuseum voor Beeldhouwkunst in Middelheim, while the mathematician Alfred Warrinnier explains the principle of the endless loop with reference to a Moebius strip. How many ideas of topology are intuited, and not developed, in the context of rigorous mathematics. Part of the BRT (Belgian radio and television broadcast network) television series ’Openbaar Kunstbezit’ (’Public Art Heritage’). 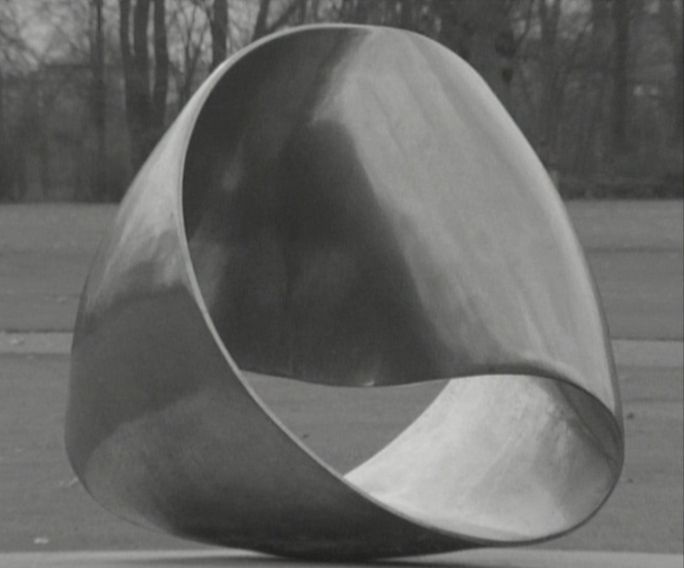 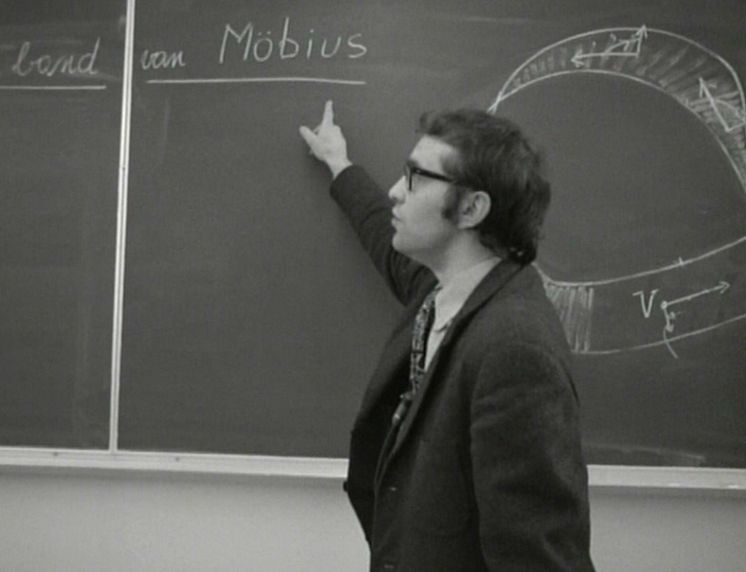