The first Ijsbreker (’Icebreaker’) on water: a transmission, created before the eyes of the viewer, aspiring to tear down the high walls around the art world, breaking through the ready-made and brushed up ways of television at the same time. This edition evolves around the artist Panamarenko, speaking from his living laboratory in Antwerp. In other locations, connected by satellite, we find Professor Charles Hirsch, who specialises in aerodynamics and hydrodynamics, Georges Adé, Ph.D. Phil. and TV critic, and finally Professor Herman Roelants, science philosopher. Panamarenko talks about his investigations and his fascination with coincidences. They discuss, among other things, the artist’s research into magnetic fields, the correspondences between art and aeronautics, the convergence of the functions and perspectives of an artist and an engineer, leading to a point-of-view which situates itself between what is possible/exact and the utopian/poetical in relation to the world of science. Panamarenko questions the focus that is being put on the objects he creates. He stresses the importance of his investigation process, which makes out the core of his work. Part of the BRT (Belgian radio and television broadcast network) television series ’Ijsbreker’ (’Icebreaker’).

Content:
00’00" Titles. 00’05" Inside a model of an ice breaker installed in the studio (where it remained from January 1983 to December 1984), a cultural programme is being broadcast. The participants, who either talk about their work or express their opinions, are in three different places, the proceedings being retransmitted from one place to another and simultaneously flashed on to the screen. The first broadcast is devoted to Panamarenko. In the central control room is installed Charles Hirsch, a professor of thermodynamics who is very much involved with Panamarenko and his work. 02’10" Pictures of Herman Roelants (professor of the philosophy of science at Liège University) in Georges Adé’s house in Mechelen. 03’25" Pictures of Panamarenko’s house in Antwerp where the artist, accompanied by his mother, speaks about his research on magnetic fields. 05’00" Panamarenko showing photographs of flying saucers and using a model of wings to speak about his research on the flight of insects ; then showing scientific literature published after his own discovery. 11’05" By means of the three screens, Hirsch, Adé and Panamarenko discuss the artist’s work and the success of his projects. 16’55" Panamarenko discussing what aeronautics and art have in common, and showing the model for his caterpillar. 19’10" Hirsch, Roelants and Panamarenko discussing Panamarenko’s status as an artist and inventor. 22’15" Panamarenko trying to develop the idea of what electrodes and pulsars have in common, using various formulae. 26’30" Using photographs of flying saucers taken by Joe Adamski, Panamarenko makes various sketches of a machine and its electrical field. Admiring gasps from those present. 35’00" Hirsch and Adé turn the discussion towards the artistic aspect of his work. Panamarenko declares that he wants to go against what the art world expects. Its technical aspect gives his work "character". 39’10" Hirsch expressing his admiration for the way Panamarenko explores the limits of what is possible and noting the mythological import of his drawings and projects. Roelants recognizing the poetical content of the work. 43’05" Panamarenko again talking about "coincidences", or what things have in common. Adé showing photographs of an airplane that he made himself and in which Brian Allan crossed the canal. Panamarenko showing a drawing of a project he has dreamt of : a flying object above a magnetic field. 48’00" Discussion brought to an end by Van Laeken. Credits. 49’00"
(Source: Jef Cornelis 1964 - 1990, Espace Art Contemporain : Maison de la culture et de la Communication de Saint-Etienne, 1991) 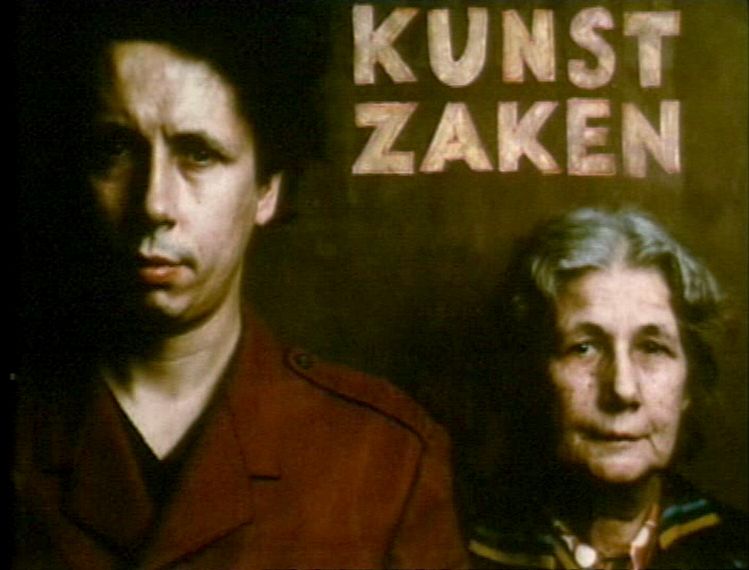 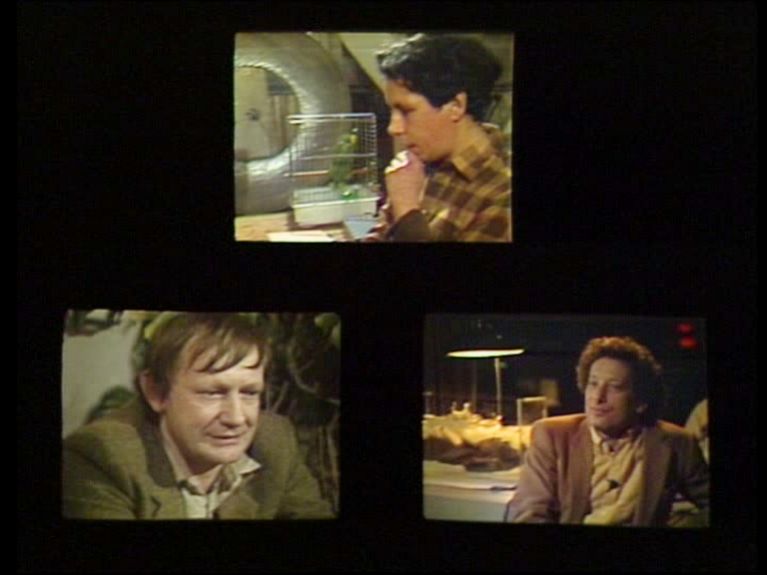