A documentary that attempts to analyse the process of building as it is drawn in the minds and mentality of the people who occupy the house. It is a cinematic expression that wants to present examples of the ways in which the occupants, oriented on the pragmatic, create their own environment in spite of the official regulations. “The point of departure is no longer an ideal community and pure architecture, but a given landscape, made by real people and lived in by them”. (Geert Bekaert, scriptwriter) Part of the BRT (Belgian radio and television broadcast network) television series ’Waarover men niet spreekt’ (’What is left unspoken’)

Content:
00’00" Leader. 00’07" A quotation from the French philosopher Alain serves to guide the viewer through a documentary analysing "pragmatic" methods of construc­ting and inhabiting created by specific social groups for their own purposes and lying outside the norms of "true architecture". 00’15" An example of just the opposite, a typical house. 00’30" Andy Warhol advertisement for a mark of ice-cream : The Chocolate Sunday photographed for Shrafft’s. 01’25" Title. Pictures of an old house in a field at Mariekerke. 02’00" Quotation from Geert Bekaert : "The point of departure is no longer an ideal community and pure architecture, but a given landscape, made by real people and lived in by them". Pictures of pigeon breeding, a maze of dovecotes and protruding facades in gardens in courtyards (Sint Niklaas). 05’50" Advertising hoardings along the walls of apartment blocks. People rushing away from towns and their modern architecture to take refuge in makeshift holiday homes (Merksem). 07’55" Quotation from C. Kroll : "The best solution for the housing problem is to observe the lack of control people have over their social and geographical environment". Views of a row of worker’s houses, farms, customs post (1911), cafe annex (in Hingene), cowsheds round a field at Weert. 11’50" Demolition of a house next to advertising hoardings. 12’00" Quotation from Geert Bekaert : "Man in the midst of modern architecture is just as real and abstract as man in contemporary advertisements". View of apartment blocks contrasting with houses with dovecotes and protruding facades organically grouped along the water’s edge (Weert). 15’40" Montage of photographs of advertisements. 16’40" Quotation from P. Puttemans : "In a society which undermines the family and simultaneaously does all it can to maintain an authoritarian notion of family structure, the housing problem cannot be solved". Views of rows of homes in concrete blocks, an air balloon over Antwerp and montage of photoadvertisements. 18’05" Man chooses between bad taste that is disorderly but livable in (pictures of houses with dovecotes and gardens) and lifeless planned districts (Bornem). 19’30" Quotation from J.P. Blondel : "What right can man exercise over space ? The right to appropriate space or the right to appreciate it ?" Montage of photographs, advertisements and modern blocks at Heizelwijk and Deurne. 23’15" Quotation from H. Hertzberger: "Chaos must be ordered in a non-hierarchical, non-authoritarian manner". Montage of advertising hoardings and photographs. Bornem : fisherman’s cottages on stilts. 25’40" A wide variety of building styles in the one street. 26’50" Quotation from N.J. Habraken : "Man no longer inhabits : he is inhabited". Bridge over a block of houses. Advertisements. 27’35" Modern cloister that fits in with nature (Westmalle). 30’25" Credits. 30’55" Repeat of Andy Warhol advertisement. 31’55"
(Source: Jef Cornelis 1964 - 1990, Espace Art Contemporain : Maison de la culture et de la Communication de Saint-Etienne, 1991) 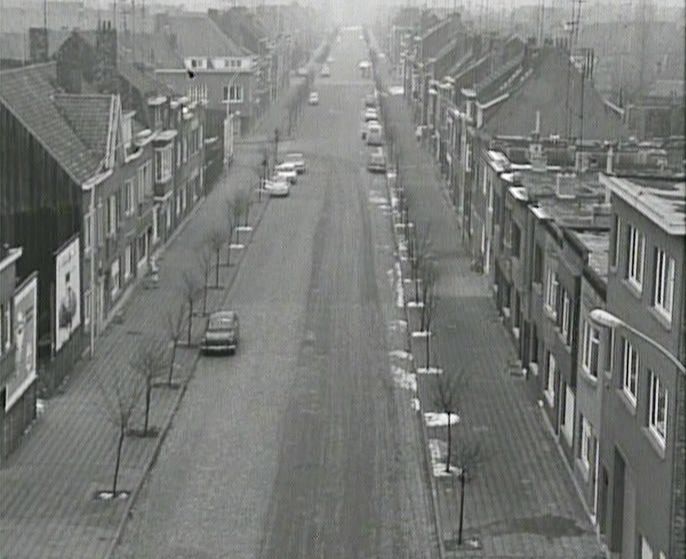 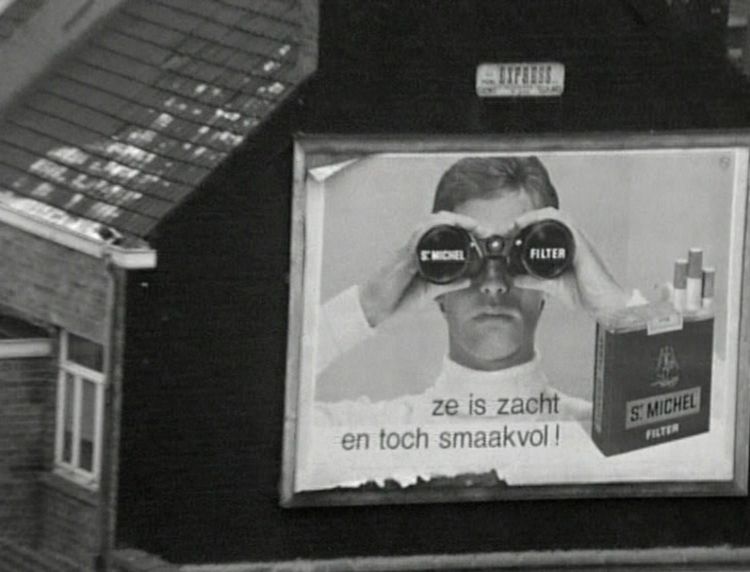