Part of a series of short themed sketches surrounding the question “When is Art Criticism?”, the given answer this time being ’When the artist is toying around in all seriousness’. A statement by Jef Geys framed as a public announcement, in which he uses the programme’s broadcasting time as a publicity stunt, revealing the mechanism of the medium of television at the same time. In a lengthy word of thanks the extensive media bureaucracy is stripped of its front, mentioning the relative cost of the programme and the broadcasting time. Part of the BRT (Belgian radio and television broadcast network) television series ’Openbaar Kunstbezit’ (’Public Art Heritage’). A second version was adapted for the NOS (Dutch radio and television broadcast network). 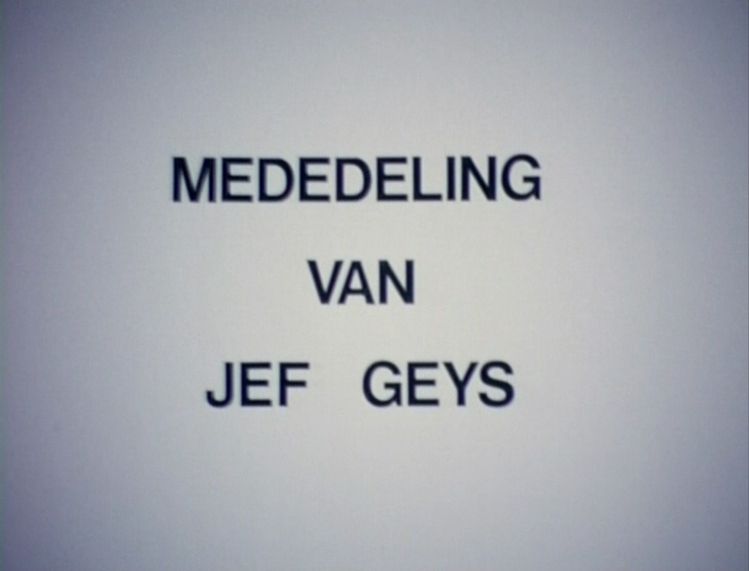 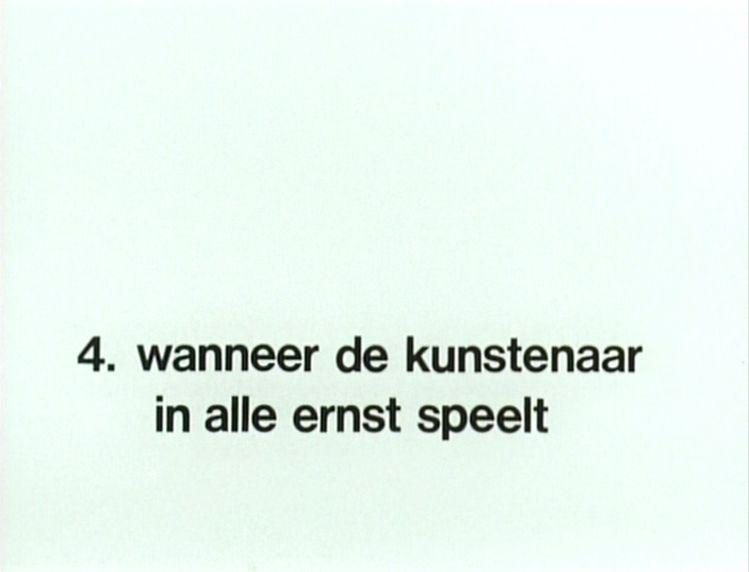