This programme outlines the Greek art scene after the dictatorships, through interviews with artists and portraits of galleries, museums and architectural projects. The starting point is a definition the Ancient Greeks used to designate art. What is perceived as art today, was then referred to as ‘Techne’, which offered a much broader frame of reference for what meant, first of all ‘industriousness’, ‘craftsmanship’, ‘dexterity’, but also ‘method’ or ‘manoeuvre’. Each phenomenon was either attributed to nature, coincidence or Techne. The ‘Technai poeticai’ – poetical crafts or productive arts – comprised, therefore, cobbling as well as music or painting. Apart from poets like Mangolis Anagnostakis and painters like Ghika, the programme focuses on the work of ‘paviour’ and landscape worker Dimitri Pikionis and on Susana Dimitri Antonakasis’s hotel projects.

Content:
00’00" The Lythos Hotel in Crete designed by the architects Suzanna and Dimitri Antonakakis. 04’15" Views of Athens : painters in a working-class district, traffic in the city centre, a small chapel under an arcade in a large building, Byzantine church. 07’00" Manolis Anagnostakis (poet, doctor and politician) reciting a poem on modern Greece. Pictures of engravings of the old city centre in Athens and general view of the city. 10’30" The Desmos Gallery, Athens : Tanasis Tatsikas inside his cabin on the floor of the gallery playing the flute and singing traditional songs. 14’45" The gallery’s owners (Marios Pavlidis and his wife) greeting their friends in their house in Paiania, near Athens. Views of rooms and their works of art. 17’15" In the same village, Jan Vorres showing his museum designed by the architect Michael Phodiatis and his collection of paintings. 22’00" Pictures of the sculptor Lappas working in his studio and of his wire constructions. 23’30" Pictures of the work of Yannis Tsarouchis in his museum/studio in Athens the artist discussing his work and the Greek national character with Marilena Liacopoulos. 33’40" Nikos Choularios (singer, poet, musician, artist...) singing and reading extracts from his works. Alternating with pictures of his drawings. 36’30" Manolis Anagnostakis reading passages from his works. 39’00" Pictures of paintings by Fasianos and Ghika. 41’30" Views of Ghika’s rock garden at the headquarters of the industrial group Heracles Pikionis. 43’45" Views of streets and alleys round the Acropolis and of a project completed by Dimitri Pikionis. 47’00" Pictures of the house of the left-wing intellectual Pavlos Zannas designed by Suzanna and Dimitri Antonakakis. Forward travelling up a drive and into the house, the path followed being indicated by a finger on a plan. 51’00" Views of the gallery-owner Alexander lolas’s house, designed by Dimitri Pikionis : exterior, rooms and collection. 60’00" Credits. 61’00"
(Source: Jef Cornelis 1964 - 1990, Espace Art Contemporain : Maison de la culture et de la Communication de Saint-Etienne, 1991) 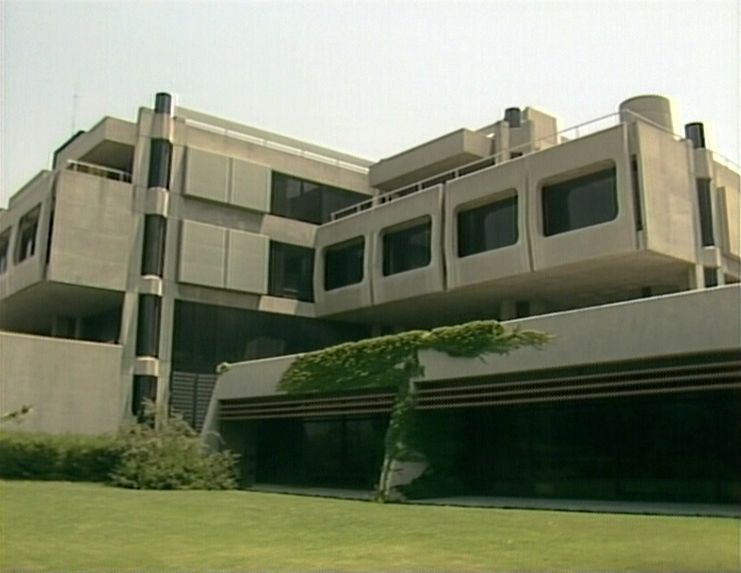 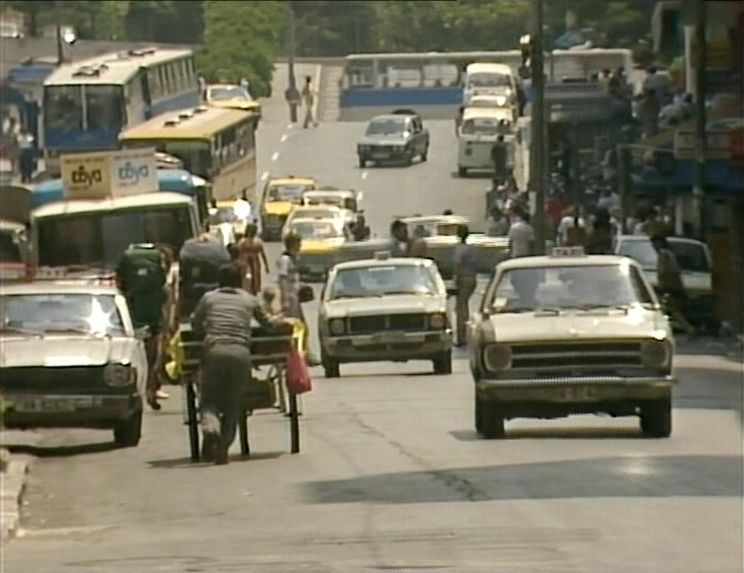