In 1974 Lizène declares himself a part of the suburbs (banlieue) of art. performanceFor him, mediocrity is no refuge, but the hardest path. At the beginning of this video he warns us : “the artist of mediocrity has more rights to fame and money than the talented one who can be simply satisfied with his art”. Lizène is wearing a white suit; behind him two huge breasts keep on shaking to the turbo-beat characteristic of his videos. Sentences like “long live vasectomy”, “crappy”, “too crappy”, “even crappier”, “but not crappy enough”, “worthless”, “charmless” scroll on the screen. After powdering his face with flour and painting his lips, he takes a sausage out of the fly of his trousers and slaughters it. He does so repeatedly with a cucumber, an eggplant and a black pudding. And at the end, he spits on the camera. “In the world of art, only humour, even mediocre, or its endeavours, matters to me. I strive – and that’s all I’ve ever done – for the joke. The joke in art (even when it seems lacking in interest) has as its main quality, and this is its merit, being utterly joke…it is sufficient unto itself” (J. Lizène) 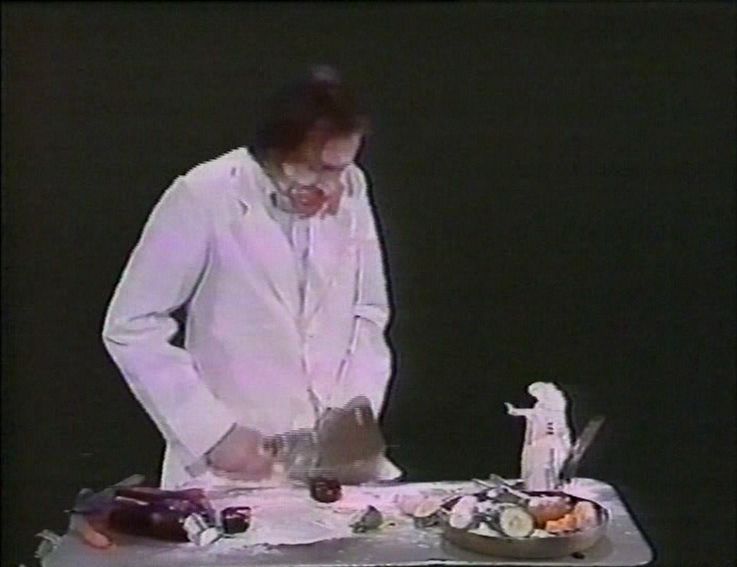 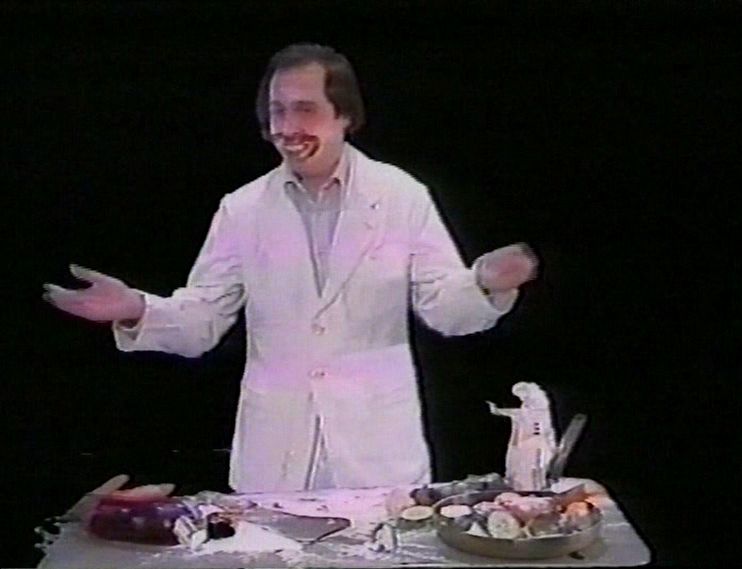 A video by Lizène, Jacques