In Vanity, Vincent Dunoyer dances with a small camera that registers his movements. When he leaves the stage, images of his dance are projected—a memory of what we have just seen. But is it really a memory? The title of the work may be an homage to the seventeenth- and eighteenth-century vanitas scenes that illustrated the brevity of our passage on Earth—of which we find a jesting echo in the dancer’s vanity who films his own body—but it also about the vanity of a public that seeks to control what it sees on stage, in order to hastily appropriate it and fix its meaning.

In Vanity, what we see is not what we think we see. For practical reasons, Dunoyer pre-recorded a video in a “credible” space, identical to the one of the performance (lights, black carpet, marks on the floor that serve as visual cues). The performance on the stage, with a fake camera, is a memory of the video, itself a trace of a previous private dance performance.

For many years Dunoyer refused to show images in a context that was not linked to a performance. At the request of a visual artist however, this video was screened in an art gallery. Watching it in this place, detached from his choreography, it was as if the video could now exist independently, like a work in its own right, autonomous and silent. 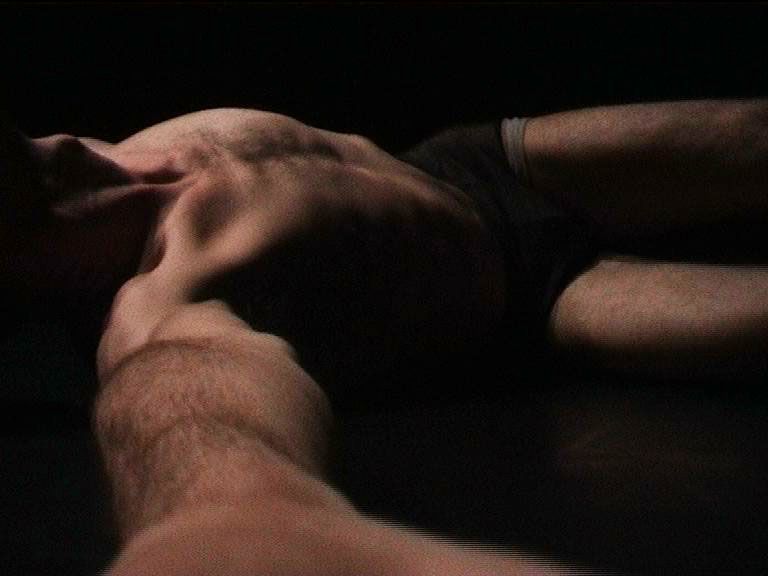 A video by Dunoyer, Vincent