A man and a woman are kissing each other by means of a camera. We see two naked actors, a man and a woman, in a closed white space, each holding an identical small camera. They start filming, the lenses held close together. They part, let the cameras slide over each other’s body. After a period of intense observation on both sides the lenses approach again and a black image is formed. What the man and woman view in their cameras is shown simultaneously on the screen. The music used in this video is taken from Richard Wagner’s ‘Tristan and Isolde’ and ‘O sink hernieder’. The actors are the artists and couple Danny Devos and Anne-Mie Van Kerckhoven. Their physical resemblance is striking in this performance. 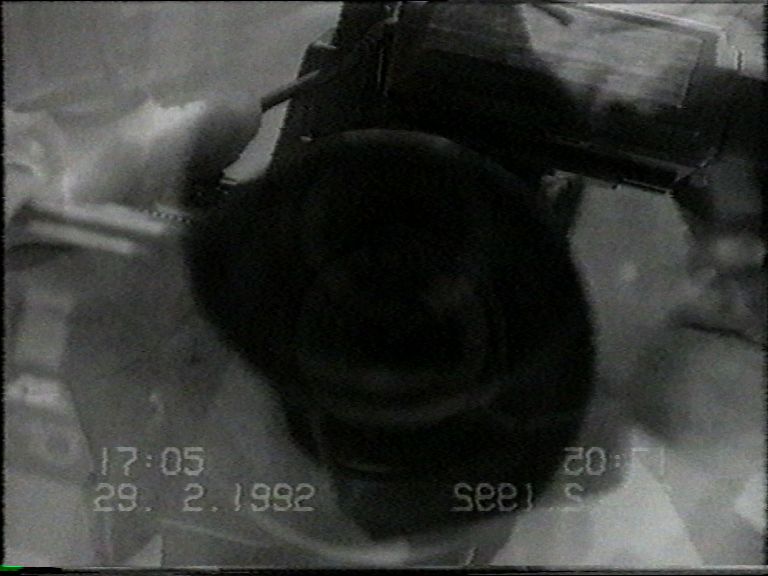 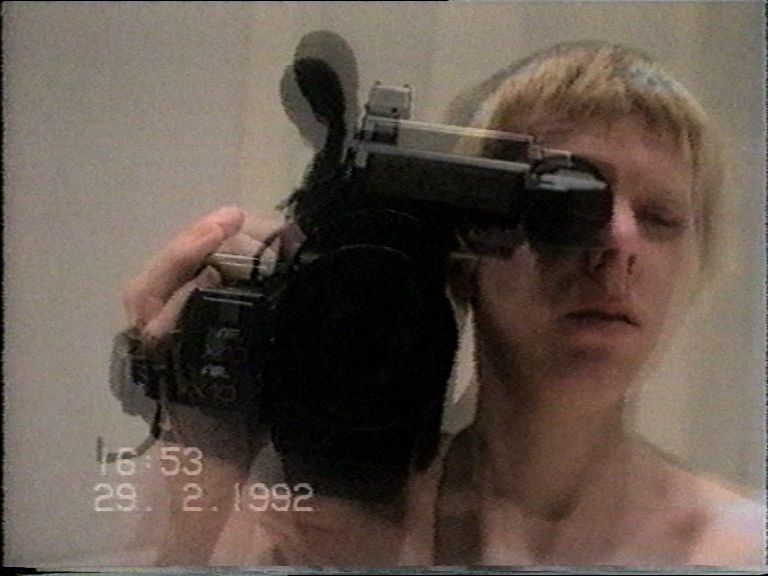