Two men are sitting in a film studio. On the background the viewer hears the sound of opera music. Close-ups of the men’s faces reappear on the TV monitors at the bottom of the screen. The same concept is repeated, but now the men are standing up and moving their arms. 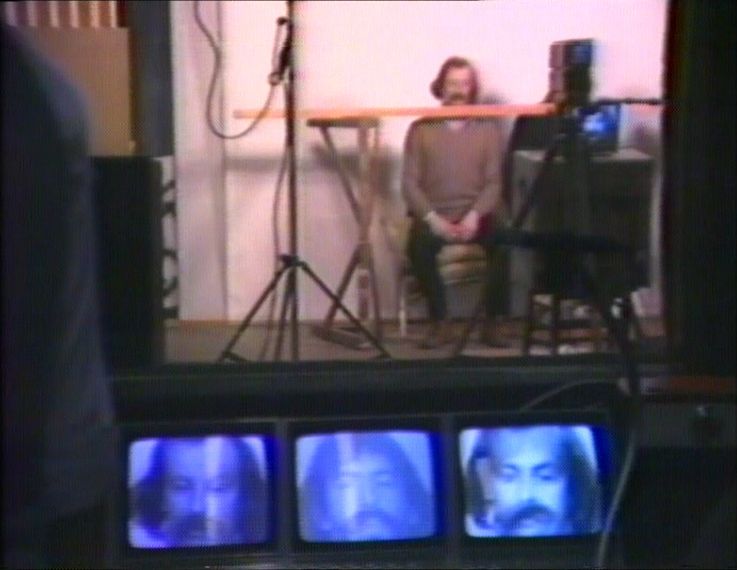 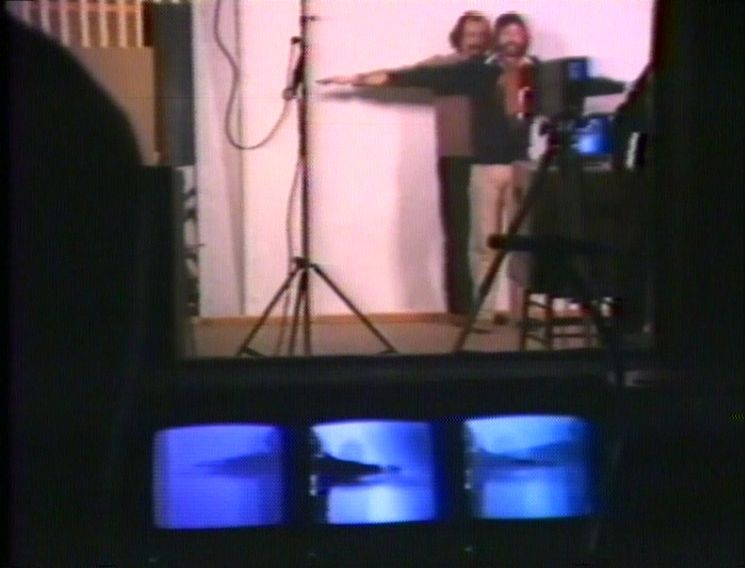