In the same minimalist style that would later on characterize 'The Bucket’ (2001) and 'The Spinning Wheel’ (2002), 'The Curse’ tells Maria’s unhappy story. After giving birth to her first child, she has mysteriously lost her husband’s love. The situation is as tragic as absurd, the universe it deals with as grotesque and enigmatic as alienating. ’The Curse’ is a succession of short sequences which appear almost as small tableaux due to the fixed camera viewpoint and the inert rhythm, hardly ever perturbed by the characters’ discreet gestures and indolent dialogue, which is as usually dubbed over by the filmmakers themselves. 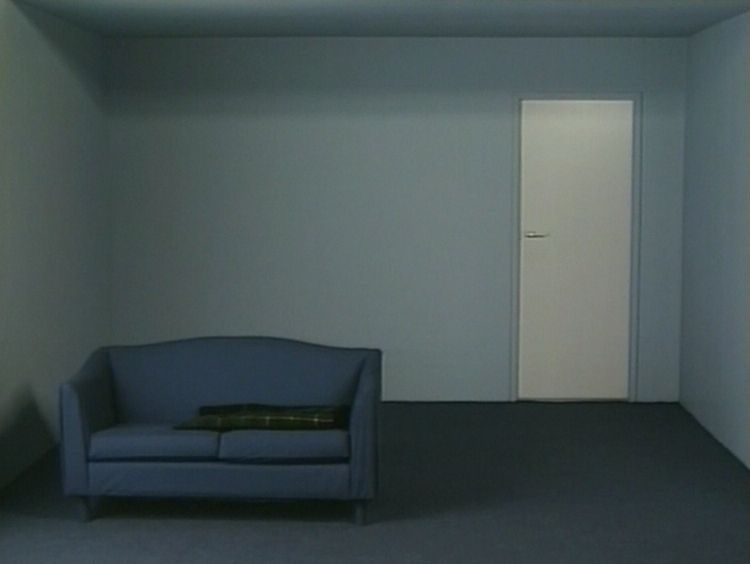 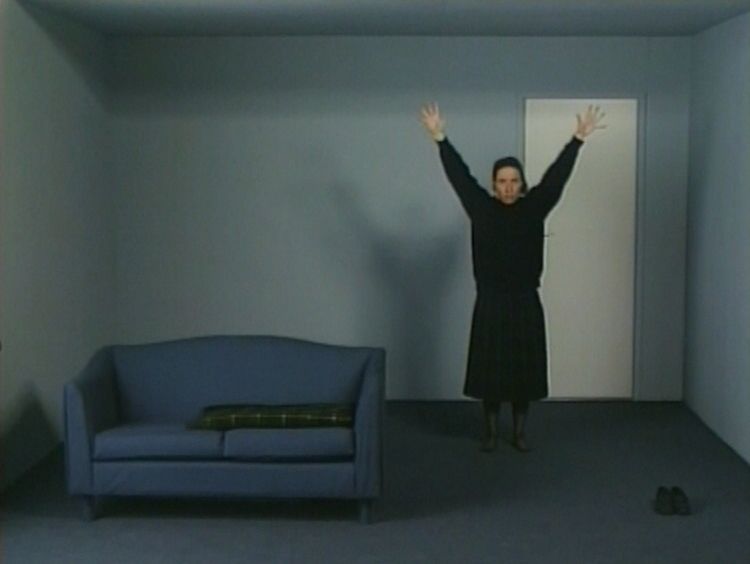